I’ve finally found some time to start uploading my Mardini stuff, but I’ll be starting with my favourite entries first 🙂

Let’s go through how I made this: 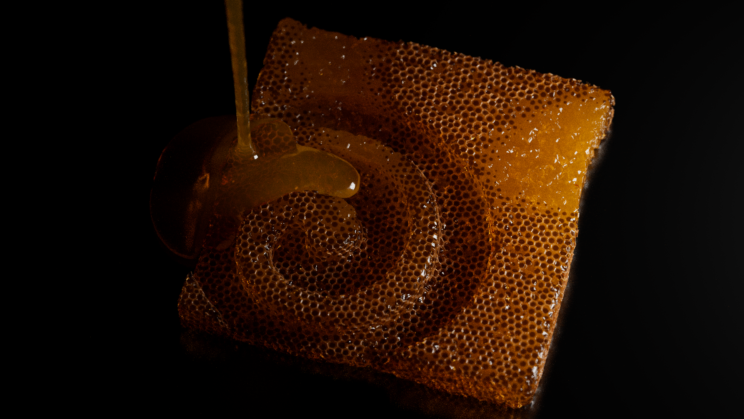 I wanted an excuse to use the SideFX logo somewhere, with the right effect it stands out more than the rubber toy or pighead! Since this is a honeycomb hive, we naturally get the orange/yellow colour scheme too.

What’s the fastest way to get the SideFX logo as geometry?

Our geometry needs a remesh before the next step, it looks *better* if the surface isn’t perfect. 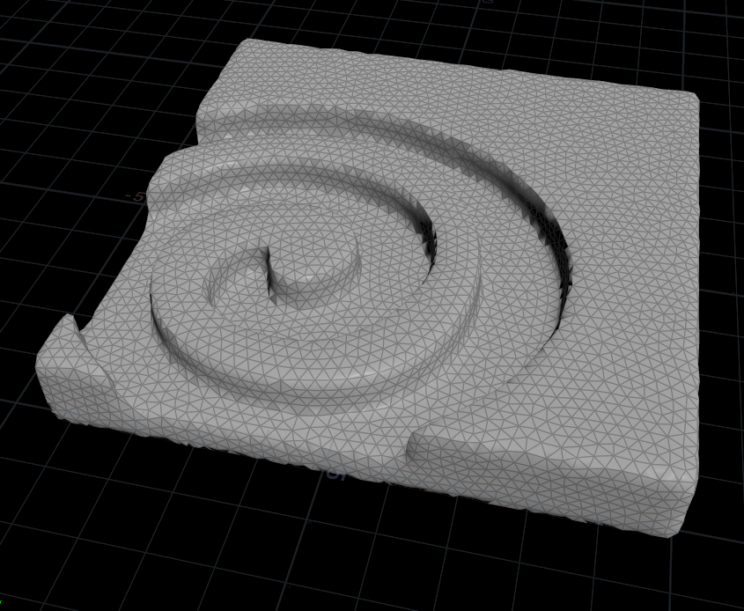 For the honeycomb generation I used Arvid’s fantastic tutorial as a base, I didn’t have to tweak much at all: 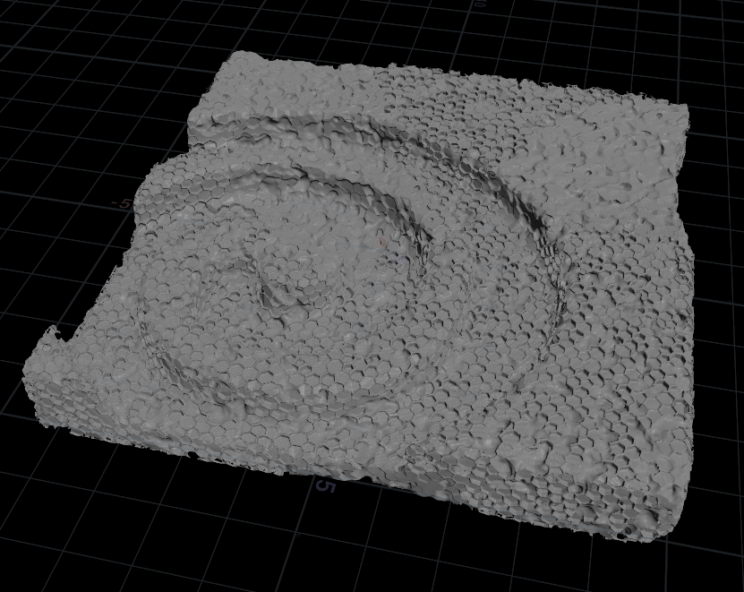 Although we don’t see it because it’s a static image, I did try to make the honey as realistic as possible. A critical ‘honey feature’ is the liquid rope-coil effect, seen below:

We can save a lot of effort by simming at a low res, since honey is meant to be incredibly viscous and I don’t need droplets to get the fancy coiling.

I ended up using:

The effect isn’t actually that obvious in the final result since I dribbled the honey on the edge, but I did keep it in mind for initial tests. 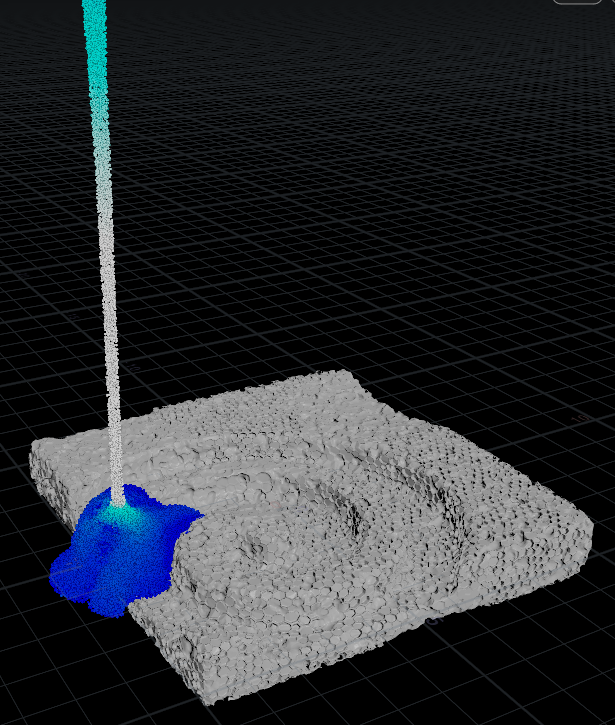 Setting up the materials in Renderman

Most of my MARDINI entries use prman, which may be troublesome if you want to follow the scene as is with a non-commercial license, sorry 😀

This all happens in the /stage context, the actual stage is quite simply (grid, honeycomb geometry, honey sim) so I’m going to focus on the materials. 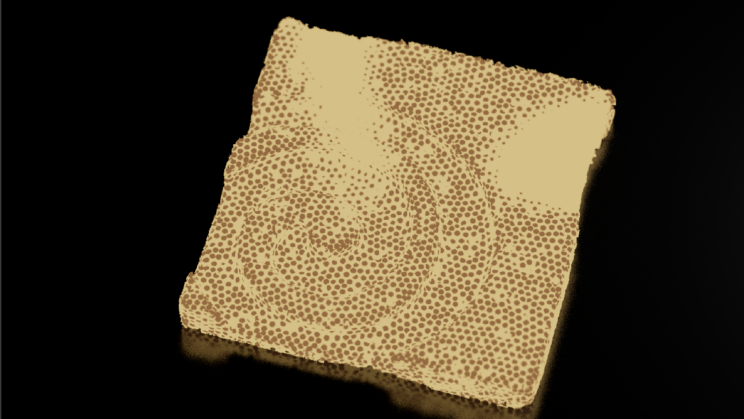 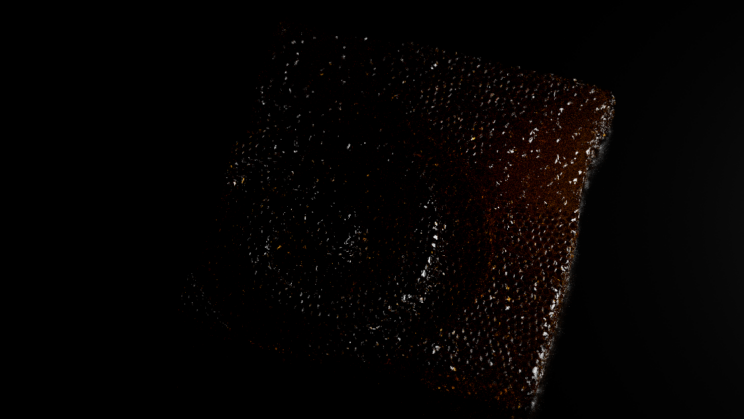 This gives us a juicy effect, but it doesn’t show the detail very well. Turning on the diffuse component works, but I only wanted the honey comb edges to be accentuated. Very simple to do, I just use the hex centers as a mask: 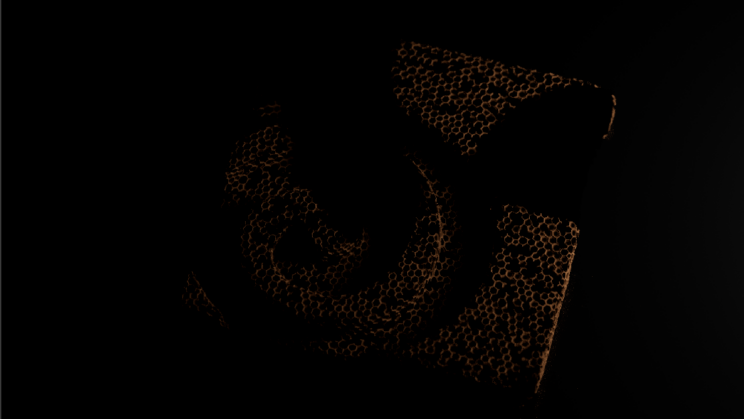 Now we get the juicy glass feel, but a fake ‘thickness’ on the edges: 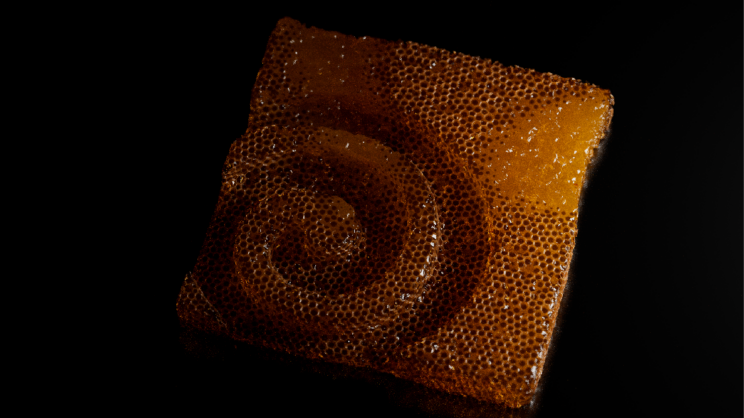 Basically the same rough glass shader setup I used as the base of the honeycomb, but applied to the dripping honey geometry 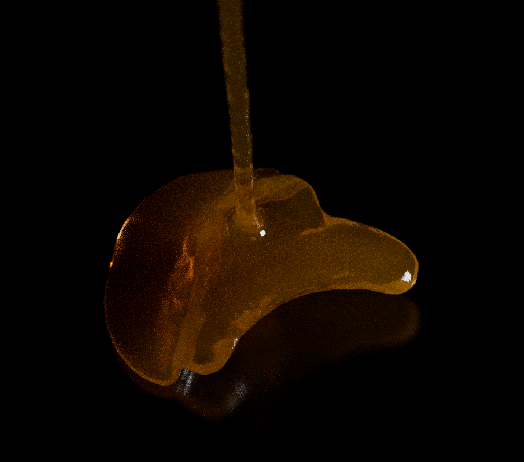